I managed to finish the super secret project I was working on and have permission to show off my photos now. 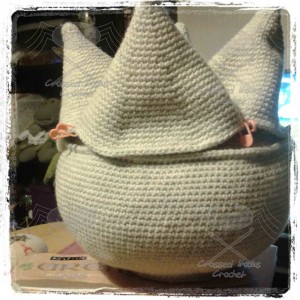 It started as an idea by an MS society support group who bought a giant microbe and toured it around raising awareness for MS. So our local branch, Wakefield MS Society wanted to do something similar. Sourcing the microbe was a problem, the small ones were easy to get hold of but the larger versions were like hens teeth (hens don’t have teeth). 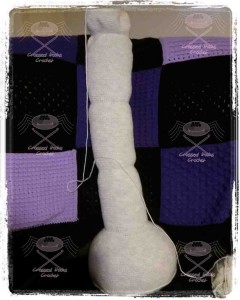 This is where I came in, they asked me if I would donate my time and make them a big version of the nerve cell. So I agreed and around 4 weeks worth of work later, 3 bags of stuffing, and 2 huge balls or Aran yarn, the nerve cell was finished. I measured and made it 5x the size of the original. It took some planning and some things were done and ripped back to get the correct shapes and proportions. 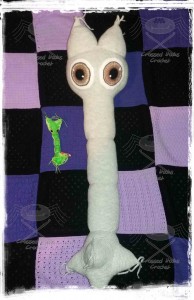 The little green thing is the microbe he’s based from. 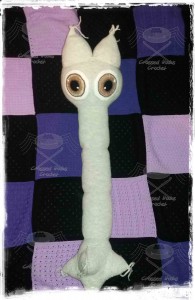 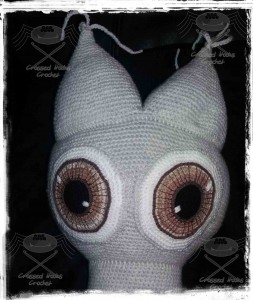 So now he’s getting ready to tour round MS branches and raise money and awareness. I think there’s a book of his adventures to come too at some point down the line. I will keep you all posted about him and what he’s getting up to when the updates are published.

This site uses Akismet to reduce spam. Learn how your comment data is processed.

Find out more or adjust your settings.

This website uses cookies so that we can provide you with the best user experience possible. Cookie information is stored in your browser and performs functions such as recognising you when you return to our website and helping our team to understand which sections of the website you find most interesting and useful.

Strictly Necessary Cookie should be enabled at all times so that we can save your preferences for cookie settings.

If you disable this cookie, we will not be able to save your preferences. This means that every time you visit this website you will need to enable or disable cookies again.